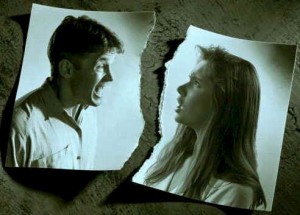 The truth about human relationships is that they are relatively easy to start but extremely hard to sustain. A lot of things have to go right for a relationship to last, given the fact that most of you are programmed in such a way that failure is always on the horizon, regardless of how badly you want to keep a relationship going. Even though most people would prefer to read something that would help strengthen their personal relationships, but learning about the things that directly affect and eventually destroy them might be more effective. The problem with why so many relationships fail is that most people don’t know the right way to handle their partner and relationships.

Most people will refer to methods that they have either read or seen on television, even giving much thought to the fact that maybe these methods just don’t work. Television mostly depicts happy endings, regardless of the type of show or movie. One of the all-time failed myths is that of people falling in love the first time they meet and live happily ever after. In reality, when people meet and fall in love, they usually don’t wait long enough before they start making rash decisions, such as moving in with each other or saying the prolific three word phrase or taking it a step further by deciding to get married. This is where relationships actually take a hit, thanks to the constant bickering, complaining, yelling and fighting mostly over nothing. When two strangers decide to live together a lot of problems are going to occur because two conflicting and different lifestyles are merging. It takes a long time for two people to completely understand each other and living together is the best way to get this done.

However, living together will initially cause a lot of problems that will make the entire relationship seem like a big mistake. This is exactly why it is recommended that couples take their time to think over situations such as these before making rash decisions. Long term relationships are probably harder to maintain nowadays than any other time in history. Life is very complicated now and the preferences have changed completely. People are more concerned with fame, fortune and success now than ever before. This is exactly why people just don’t have the required time needed to make a relationship work or last.

The best example of this is celebrities, every day you hear a story about a couple breaking up or having a divorce. Relationships are a lot of like clothes, because people just get rid of them whenever they get old. Not spending time to work on relationships is one of the main reasons why so many people simply don’t understand the elements that make a relationship successful. People need to put forth the effort and make sure that they play their part in making a relationship work because in the end no one can live a happy life without having someone to share it with.